How is the polyurethane used for mattresses produced?

Polyurethane is obtained from plastic and is produced in blocks in a continuous cycle. It was invented in 1935 by Otto Bayer and has very often been used for manufacturing seatbacks and pillows and is now increasingly also used for making mattresses.
Expanded polyurethane is the type used for mattresses: it is a material obtained by mixing two components (Polyol and Toluene diisocyanate) which are liquid at first. During the last ten years, thanks to the evolution of production technologies, eco-friendly and flexible expanded polyurethane has been obtained in which the expanding agent – the reagent that enables foam expansion and growth - is water, so that the resultant products are hypoallergenic, resistant, ergonomic and, above all, they are free from harmful substances that have adverse effects on the environment and on humans.

- Density
The density of the polyurethane mattress (weight per foam volume unit) is expressed by kg/m3. It can be customized: in fact the higher this value, the more the mattress is able to bear a heavy weight by uniformly distributing the pressure applied by the different parts of the body.

- Firmness
The firmness measures the resistance to a load expressed in Newton per 323 sq. centimetres at a given percentage of compression of the foam. The loss of firmness (hardness) after a series of compressions has to be very low (between 15 and 20%), if not, we are dealing with products made of poor quality polyurethanes (often we come across mattresses which have a great hollow in the centre!).

- Compression Resistance
The compression resistance also measures the resistance to a load expressed in Kilo Pascal at a given deflection of the foam. Like the firmness, the loss of thickness after a series of compressions has to be very low (between 1.4% and 2.3% after 75,000 compressions); this is related to the high non-deformability connected to the good level of elasticity and compression which are typical features of the polyurethane.

- Loss of firmness and dynamic fatigue
The foam sample undergoes repeated cycles of compression and decompression (dynamic fatigue). At the end of the cycle a firmness test is carried out again which will show a lower value. The difference between the initial firmness and the one resulting after the fatigue is expressed as a percentage. The lower the value, the better the foam.

- Tensile strength and elongation
Tensile strength measures the quantity of stress that the foam sample can withstand before breaking; it is measured in Pascal: the greater the value, the more resistant the foam.

- Compression set
This measures the deformation of the foam after it has been compressed for some time at a given temperature.

- Resilience
This shows the elasticity of the expanded foam and it is measured by letting a steel ball fall down on the sample from a given height. The height reached by the ball after having bounced on the foam surface is indicative to determine the resilience. Furthermore high quality expanded polyurethane has to ensure good breathability: good polyurethane foam absorbs moisture and releases it in a short time. Find the ideal mattress with our test

For you or your family in a few simple steps 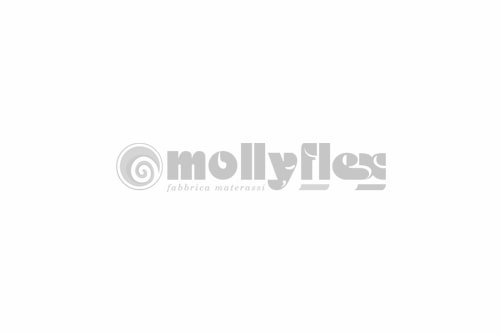 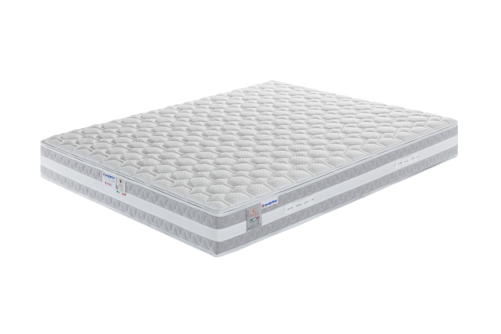 Continue with the purchases Go to shopping cart

ATTENTION: you are purchasing the bed base without the support feet. If you don't need them, go ahead with the purchase, otherwise buy the feet for your bed base now.

ATTENTION: you are purchasing support feet without having any bed base in the cart. In order to proceed with the purchase, please add at least one network to your cart.

Pay in 3 instalments.
It is as simple as that.

1 Select PayPal at the time of payment.

2 The option 'Pay in 3 instalments' will appear if available, select it.

3 You will receive quick feedback.

View the due date of your instalments at any time from the PayPal app and your account.